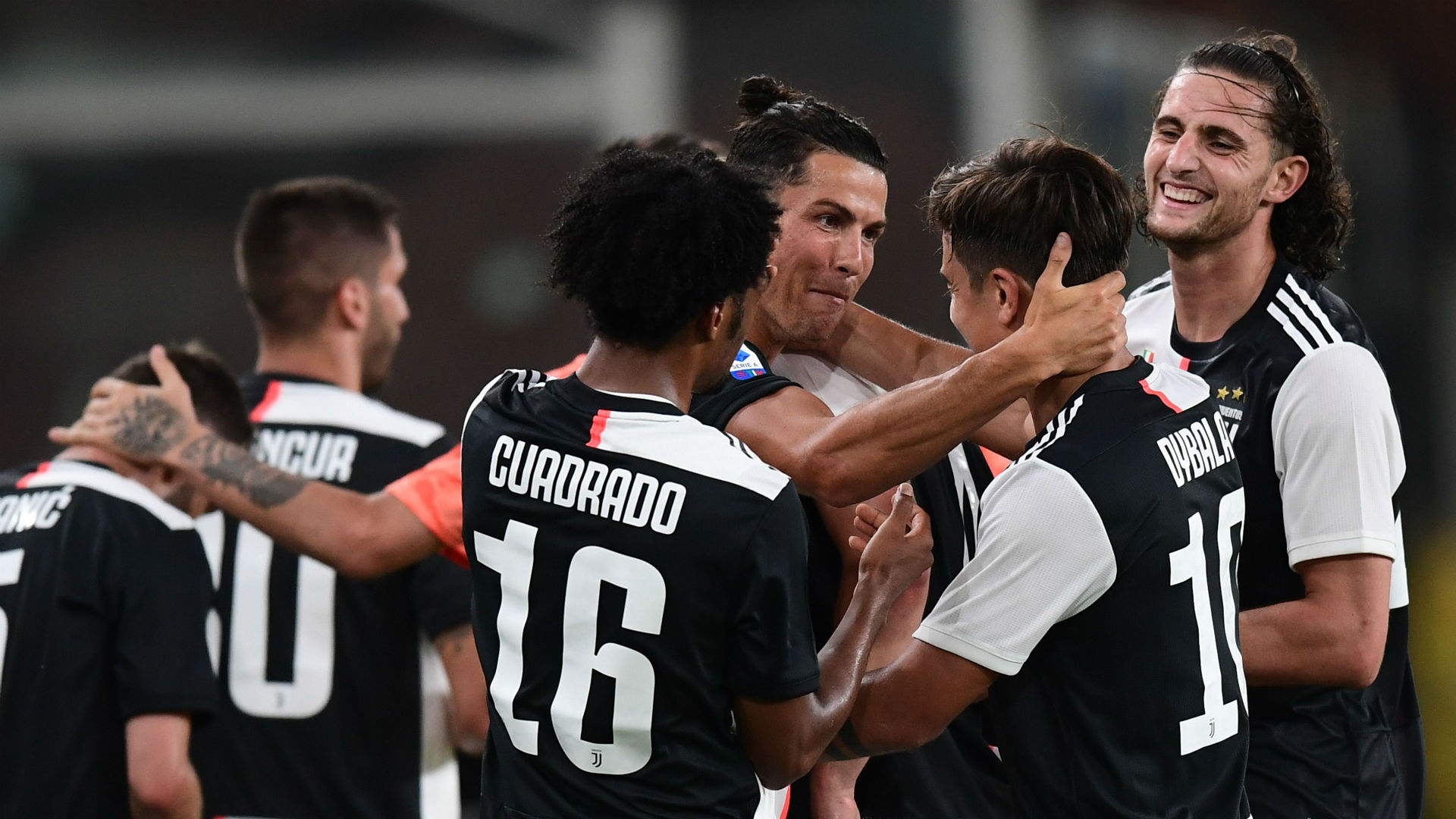 Dybala broke the deadlock with a fine individual effort in the 50th minute before Ronaldo made it 2-0 six minutes later via a thunderous long-range strike.

Juve substitute Costa then put the visitors out of sight with an equally impressive effort, while Andrea Pinamonti drilled in a 76th-minute consolation for Genoa.

“In the second half we lead thanks to our single players because we scored on three excellent plays by three single men,” Juve head coach Sarri said.

“Paulo’s [Dybala] great slalom, the outstanding Ronaldo’s shoot, incredible for its precision and strength and the sensible touch from [Douglas Costa].

“This is how we solved the match, thanks to our individualities and phenomenal skills. We created the team’s assumptions.”

Sarri and Juve were heavily criticised following the coronavirus break, which saw the Italian champions go back-to-back games without scoring, including in their Coppa Italia final defeat to Napoli.

Ronaldo was also scrutinised but Juve have now won three consecutive matches to be top of the table with nine fixtures remaining.

The five-time Ballon d’Or winner equalled his tally from last season across all competitions with his 28th goal in 2019-20, while he has scored 14 goals in 2020 – more than any other Serie A player this year.

Sarri added: “After the lockdown I made an assessment: I said that something changed. Then everybody almost made fun of me because we lost the Coppa Italia on penalties.

Juve are back in action against city rivals Torino on Saturday with nine Serie A games still to play this season.

Sarri’s side face a few key fixtures in coming weeks with an away game against AC Milan before they welcome high-flying Atalanta.

On July 20, the Serie A title could well be decided when Juventus host Lazio.