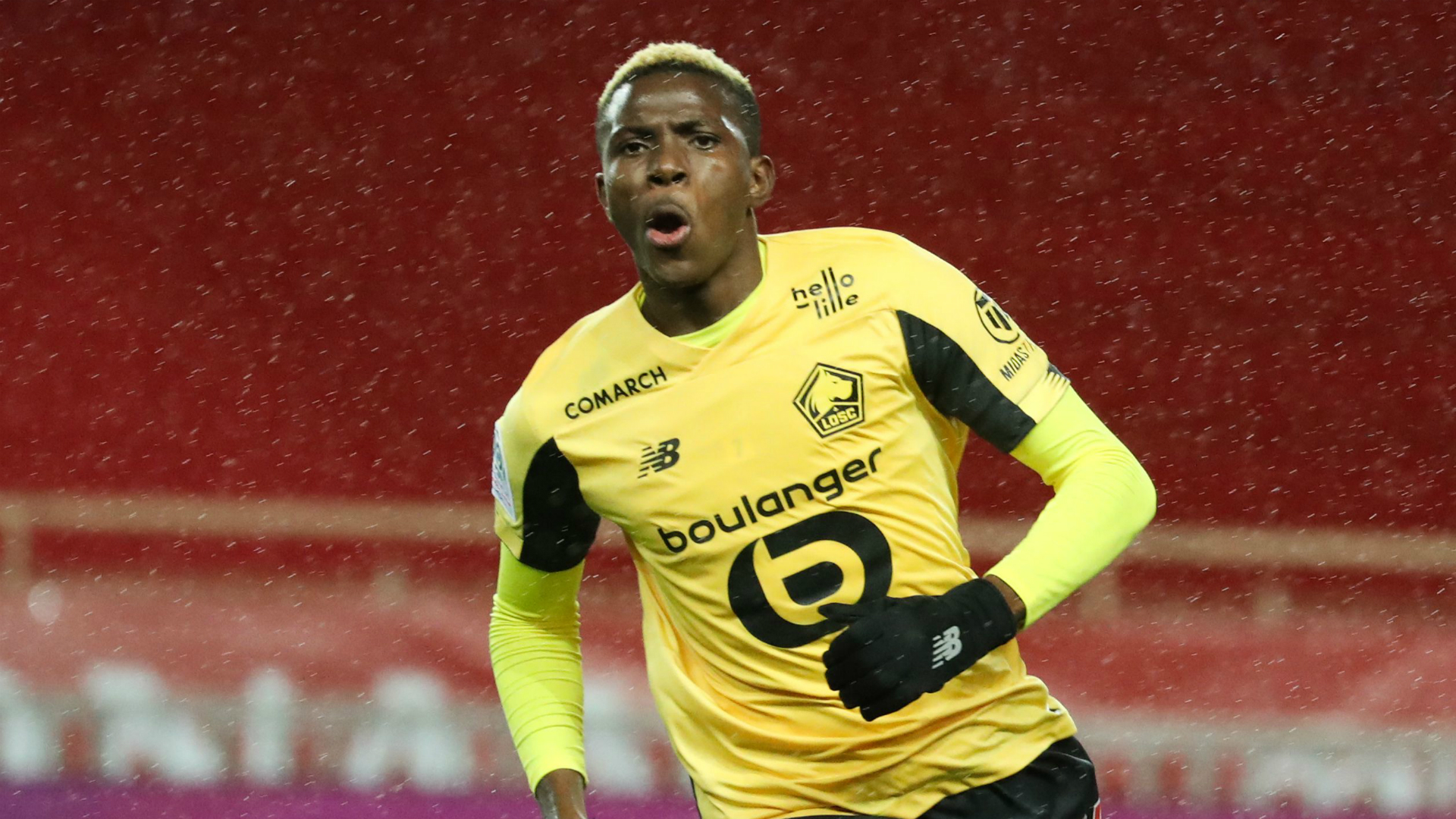 Osimhen succeeded Arsenal’s Nicolas Pepe to win this year’s prize after his incredible debut season in Ligue 1, where he provided 13 goals and four assists in 27 appearances.

The 21-year-old is the second Nigerian player, after goalkeeper Vincent Enyeama who also played at Lille, to clinch the award which crowns the best African player in the French top-flight every season.

In his congratulatory message, Oliseh acknowledged Osimhen’s hard work in Christophe Galtier’s team but cautioned him to remain professional as he aspires for more success.

“First of all, I would like to congratulate Victor Osimhen for being elected winner of the Marc-Vivien Foe Prize. This trophy is important since it rewards the best African player in the French Championship. It is important for us Africans,” Oliseh told RFI.

“I find his victory even more surprising when we see the competitors that Victor had to surpass to win this title. Many people will wonder if he deserves it, if he is stronger than these players.

“But what Victor has done this season is truly exceptional. Thanks to him, his team managed to make a magnificent season.

“I think Victor frankly deserves it because he brought a lot to his club. We really saw the difference when Victor was on the field and when he was not. We see the possibilities he offers his teammates to go forward. We also see the weight it places on the enemy’s defences.

“Frankly, congratulations Victor! You deserve it. But I advise you my little brother to always remain humble and ambitious at the same time.

The former Borussia Dortmund midfielder played alongside Rashidi Yekini in the Super Eagles during his active days, and he disclosed that Osimhen is the closest to thing Yekini, who is Nigeria’s all-time top scorer with 37 goals in 58 international games.

“When I was coach, I was trying to assemble a new team. In fact, the bases of the current national team are made up of players that I put together. For me, it was important to have young people of the future who were hungry for national team matches,” he continued.

“Victor Osimhen was playing at the U17 World Cup at the time. I had watched the meetings with my assistants, including the final won by Nigeria. He had done it with such ease, the way he eliminated his opponents.

“We had planned to invite him to the national team but I left the selection. Otherwise, I would have invited him.

“Because, since Rashidi Yekini left the selection, we have not had a player of the calibre of Victor Osimhen. My plan was to integrate him very slowly into the Super Eagles, to give him a few minutes, before launching him 100% as we did with Wilfred Ndidi or Alex Iwobi at the time.”