Tributes have been pouring in for Michael K Williams, the Boardwalk Empire star who was found dead in his apartment on Monday.

Williams, who was known for his role as Chalky White in the hit TV drama, was found by family members at his Brooklyn home at around 2pm on Monday.

His death is being investigated as a possible drug overdose, the Associated Press reports, citing the New York Police Department (NYPD).

The depth of my love for this brother, can only be matched by the depth of my pain learning of his loss. A immensely talented man with the ability to give voice to the human condition portraying the lives of those whose humanity is seldom elevated until he sings their truth. pic.twitter.com/EvrESGSK8O

Actor and friend Wendell Pierce, who starred alongside Williams in The Wire, posted his tribute online in a series of tweets, writing: “The depth of my love for this brother, can only be matched by the depth of my pain learning of his loss. A immensely talented man with the ability to give voice to the human condition portraying the lives of those whose humanity is seldom elevated until he sings their truth.

“If you don’t know, you better ask somebody. His name was Michael K Williams. He shared with me his secret fears then stepped out into his acting with true courage, acting in the face of fear, not in the absence of it. It took me years to learn what Michael had in abundance. 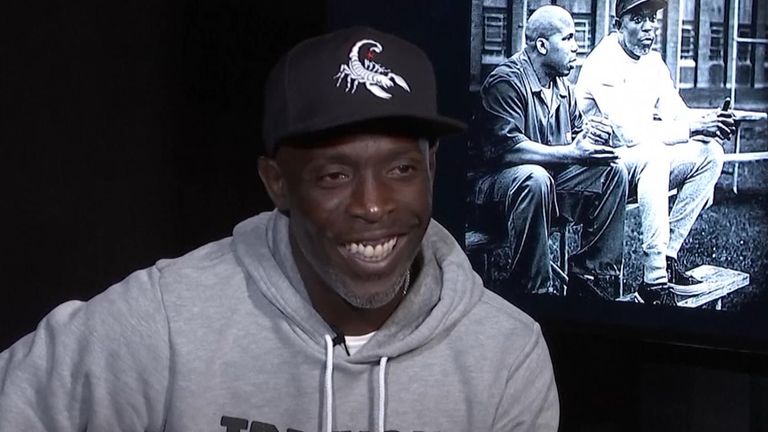 “He was proud of the artist he had become, asking for my advice long after he had surpassed any insight I could have shared. Always truthful, never inauthentic. The kindest of persons. Like two mischievous kids, we would laugh & joke whenever we would meet. Like Baltimore years ago.

“THE WIRE brought us together and immortalized Omar & Bunk in that ‘scene’ on a park bench. But for us we aimed to take that moment in time together and say something about Black men. Our struggle with ourselves, internally, and each other. For me & Mike we had nothing but respect.

“So to you, my brother Mike, there is a small comfort that I know, you knew how much we loved you.” 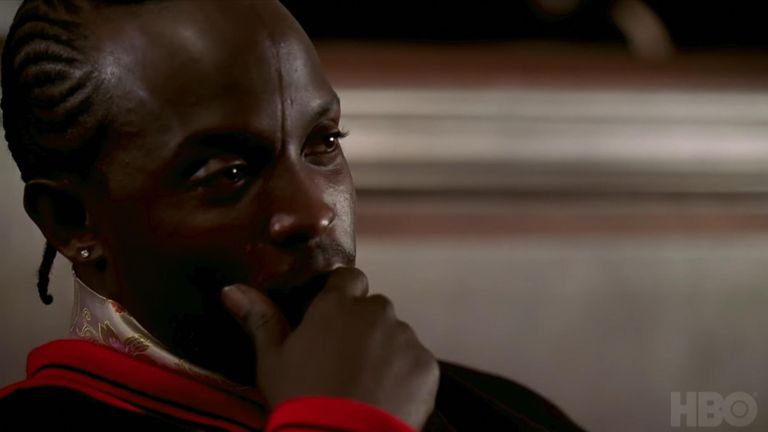 Michael K Williams in The Wire

Oscar-winning filmmaker Spike Lee added his tributes on Instagram, writing: “Our Brother Passed Away Today In His Home, Da People’s Republic Of Brooklyn. I’m Shook. Drinking A Bottle Of Italian Red Wine-Brunello Di Montalcino By Myself. Our Greats Are Leaving Us Left And Right. GOD BLESS.”

“A real pleasure to work with you and call you a friend.

“Strength, mana & love to your family during this very difficult and heart-breaking time.”

Elsewhere, Giancarlo Esposito, known for his roles in Breaking Bad and The Mandalorian, also paid tribute to Williams.

He said: “I have never met a more loving, caring, beautiful human being. A true friend and thespian. I will forever miss you my dear brother. Godspeed.”

In a statement, HBO, the network where Williams became a star, described his death as an “immeasurable loss”.

It said: “We are devastated to learn of the passing of Michael Kenneth Williams, a member of the HBO family for more than 20 years.

“While the world is aware of his immense talents as an artist, we knew Michael as a dear friend who was beloved by all who had the privilege to work with him.

“We send our deepest condolences to his family for this immeasurable loss.”

Boris Johnson was briefed "in person" about an allegation of inappropriate behaviour against disgraced MP Chris Pinche...

END_OF_DOCUMENT_TOKEN_TO_BE_REPLACED

LEEDS and Serie A champions AC Milan have enquired about Sassuolo star Hamed Traore, according to reports. Traore, 22, broke through...

END_OF_DOCUMENT_TOKEN_TO_BE_REPLACED

A third officer has died after a shooting in the US when police tried to execute an arrest warrant on a man accused of...

END_OF_DOCUMENT_TOKEN_TO_BE_REPLACED

A three-year-old boy has died after falling from the balcony of a 29th floor apartment building in New York City, poli...

END_OF_DOCUMENT_TOKEN_TO_BE_REPLACED

HARRY MAGUIRE has been soaking up the sun on the Amalfi coast on his honeymoon with Fern Hawkins. The Manchester United captain, 29,...

END_OF_DOCUMENT_TOKEN_TO_BE_REPLACED

American basketball star Brittney Griner has told a US diplomat she is "keeping the faith" after appearing in a Russia...

END_OF_DOCUMENT_TOKEN_TO_BE_REPLACED

The YouTuber and Minecraft gamer known as Technoblade has died from cancer, aged 23.His father posted an emotional far...

END_OF_DOCUMENT_TOKEN_TO_BE_REPLACED

Margaret Keane, the American artist known for her "big eyes" paintings, has died at the age of 94.Her portraits of chi...

END_OF_DOCUMENT_TOKEN_TO_BE_REPLACED

Emilia Clarke has confirmed her Game of Thrones co-star Kit Harington will reprise his role as Jon Snow in a new spin-...

END_OF_DOCUMENT_TOKEN_TO_BE_REPLACED

Soldier dies after being hit by armoured vehicle on Salisbury Plain

A soldier has died after being hit by an armoured vehicle on Salisbury Plain.Emergency services were called to an area...