The US Food and Drug Agency (FDA) has issued a warning to people not to take an anti-parasitic drug designed for livestock to treat or prevent COVID-19 following multiple reports of poisonings.

It follows a surge in reports to the Mississippi Start Department of Health regarding cases in which people had been poisoned by ingesting the drug Ivermectin, commonly used to de-worm cattle.

“You are not a horse. You are not a cow. Seriously, y’all. Stop it,” the FDA tweeted, acknowledging “it’s perhaps not surprising that some consumers are looking at unconventional treatments” in a country where less than 52% of the population is fully vaccinated.

In Mississippi, where 37% of the population is fully vaccinated, state authorities say they have received “an increasing number of calls from individuals with potential Ivermectin exposure taken to treat or prevent COVID-19 infection”.

The FDA said it had received “multiple reports of patients who have required medical support and been hospitalised after self-medicating with Ivermectin intended for horses”.

“Taking large doses of this drug is dangerous and can cause serious harm,” the agency has warned.

Although the drug had been the focus of experiments last year, a study supporting it as a potential treatment for the coronavirus was withdrawn “due to ethical concerns” following concerns raised by several scientists.

The US National Institutes of Health warned that most of the studies regarding the drug, which has a human-ingestible form, featured “significant methodological limitations”.

“There’s a lot of misinformation around, and you may have heard that it’s okay to take large doses of Ivermectin. That is wrong,” the FDA warned, adding that Ivermectin products for animals were very different from products under the same name for humans. 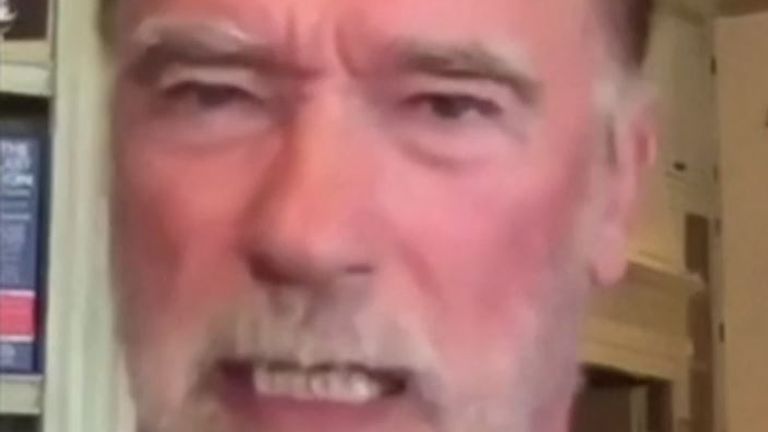 “Animal drugs are often highly concentrated because they are used for large animals like horses and cows, which can weigh a lot more than we do – a ton or more. Such high doses can be highly toxic in humans,” the agency explained.

“Many inactive ingredients found in animal products aren’t evaluated for use in people. Or they are included in much greater quantity than those used in people.

“In some cases, we don’t know how those inactive ingredients will affect how Ivermectin is absorbed in the human body.”

Use of the drug to treat COVID-19 has been promoted using a video of testimony before a US Senate committee, subsequently cited by Politifact as an example of misinformation.

Versions of this video remain on platforms including Instagram, where the example cited by Politifact – with a caption claiming the pandemic is a plan to initiate the new world order – now has more than 96,000 views.

Instagram has added a label to the video stating: “Partly false information. Reviewed by independent fact-checkers.”

There were "no missed opportunities" for professionals to prevent the death of a three-year-old boy murdered by his mo...

END_OF_DOCUMENT_TOKEN_TO_BE_REPLACED

People in France should wear masks again in crowded areas, particularly if they are on public transport, to help tackl...

END_OF_DOCUMENT_TOKEN_TO_BE_REPLACED

Can you balance on one leg? Researchers want it to be part of your regular health check

Balancing on one leg should be included in mid-life health check-ups, researchers have said.A new study found that peo...

END_OF_DOCUMENT_TOKEN_TO_BE_REPLACED

People travelling to the United States will no longer have to show proof of a negative COVID test.The change was annou...

END_OF_DOCUMENT_TOKEN_TO_BE_REPLACED

A record two million people in the UK are estimated to be suffering from long COVID, the Office for National Statistic...

END_OF_DOCUMENT_TOKEN_TO_BE_REPLACED

Another 36 monkeypox cases have been detected in the UK, taking the total to 56.All the new infections are in England,...

END_OF_DOCUMENT_TOKEN_TO_BE_REPLACED

Three tourists have died at a five-star Sandals resort in the Bahamas after falling ill, officials have said.Police ar...

END_OF_DOCUMENT_TOKEN_TO_BE_REPLACED

The coronavirus pandemic is far from over, Bill Gates has warned, saying there could still be a variant which is "even...

END_OF_DOCUMENT_TOKEN_TO_BE_REPLACED

The premier of the British Virgin Islands has been charged in the US with drug trafficking and money laundering crimes...